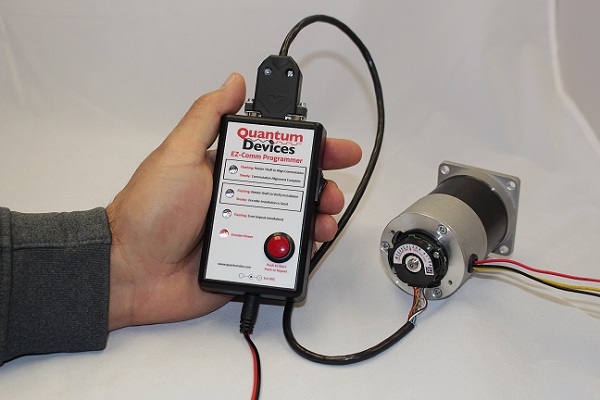 This time-saving programming technology simplifies BLDC commutation programming. It reduces production assembly and configuration time for OEMs using incremental encoders to precisely control the motion and position on axes in equipment they produce.

The QM35 EZ-Comm encoder with programmable commutation is the newest and simplest way to commutate BLDC motors. 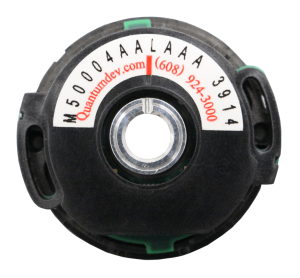 Additional features and benefits include:

In the past, configuring commutation for BLDC motors was time-consuming and required multiple steps that forced OEM (or end-user technicians) to determine the precise angle of permanent magnets on a motor rotor, then align that angle with the signals produced by an external commutation device. (Check out this example of timing an optical encoder to a BLDC motor.) These alignment and timing tasks have been greatly simplified by the QM35 EZ-Comm encoder and handheld programming device. 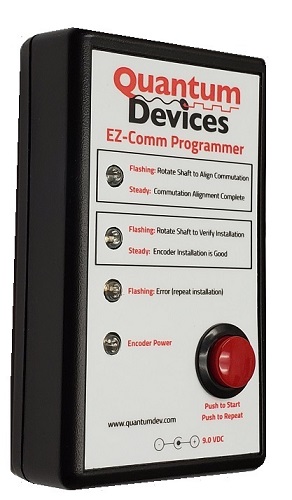 The QM35 EZ-Comm encoder is a high-performance encoder with a low-profile modular design suitable for high-volume OEM applications – yet priced competitively for motion control projects of all sizes.

What is commutation programming?

Motion control applications utilize encoders to translate position, or motion of a shaft or axle, to analog or digital output signals. Some of these applications also require a method to commutate a brushless direct current (BLDC) motor. The QM35 EZ-COMM is the next generation solution to commutating a BLDC motor while also provided high quality incremental feedback.

Commutation is the process of switching current in the motor phases in order to generate motion. BLDC motors required external devices to time the commutation of the motor. Typically, a hall effect sensor, or a commutating encoder, would act as this timing device. But in order to install them correctly to the BLDC motor, the installation process requires a technician to mechanically clock the motor phases with the encoder/hall effect sensor. This method of installing a commutation device requires specialized equipment, trained technicians and time.

Quantum Devices is an ISO 9001:2015 certified company who takes pride in their encoder manufacturing practices. By utilizing hermetically sealed LEDs, oversized interlaced photo diodes, and with the easy lock-n-twist assembly features, Quantum Devices rotary encoders are made to assemble easily and reliably and boasts superior performance.

Whether your needs are for a standard encoder, a custom encoder or the ease of a programmable commutating encoder, Quantum Devices’ engineers can assist you in specifying which rotary encoder will suit your application the most favorably.

Contact Quantum Devices with questions, to request assistance, or place an order.