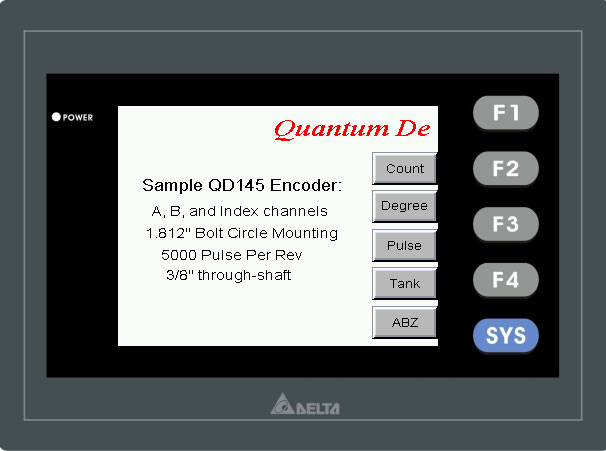 We recently teamed up with one of our Optical Encoder Distributors to create a Demo box that showcased our QD145 encoder with a Delta Tau PLC and touchscreen panel. It was sent off to a trade show where potential customers would get to spin the encoder and watch on the screen as counts were incremented and decremented and needles on dials spun.

I thought the Optical Encoder Demo box would make for a fantastic topic to write a post on, so that was my plan as soon as the demo box returned from the show.

Well… it never did come back. I would love to tell you that I did such a great job on it that our distributor insisted on keeping it but the truth of the matter is that it was lost in shipping.

I mounted the PLC, HMI and encoder to an enclosure that can set on a table. The default screen (shown above) tells a little about the encoder. From this screen you can select a few different screens that allow you to interact with the encoder. 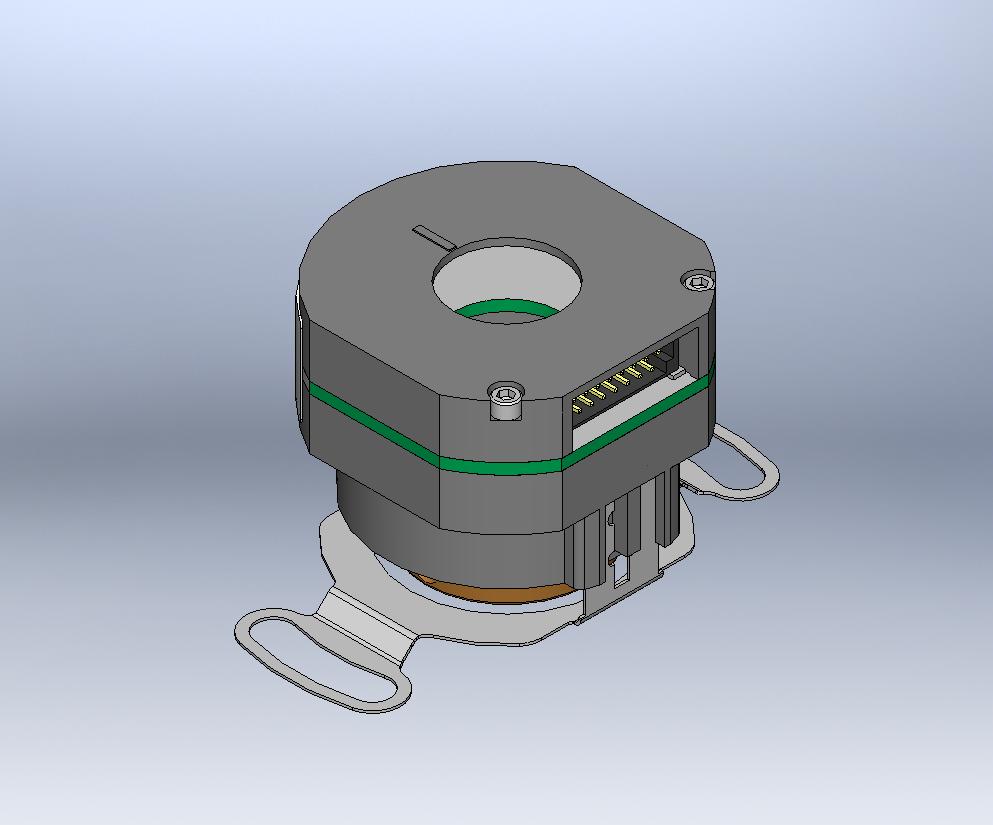 This screen shows mechanical degrees. The needle rotates in conjunction with encoder rotation:

This screen shows the direct read count of the encoder, the needle rotates in conjunction with  encoder rotation: 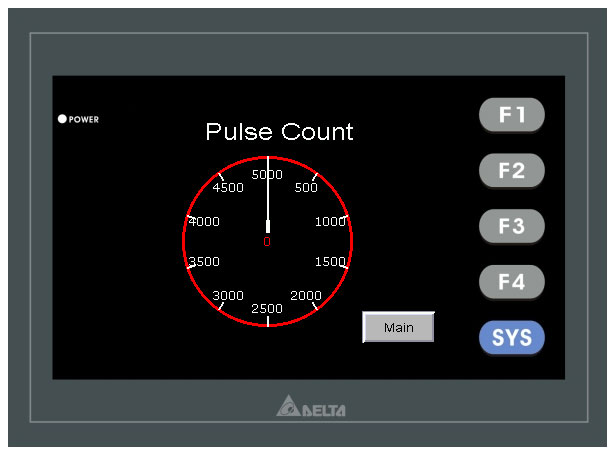 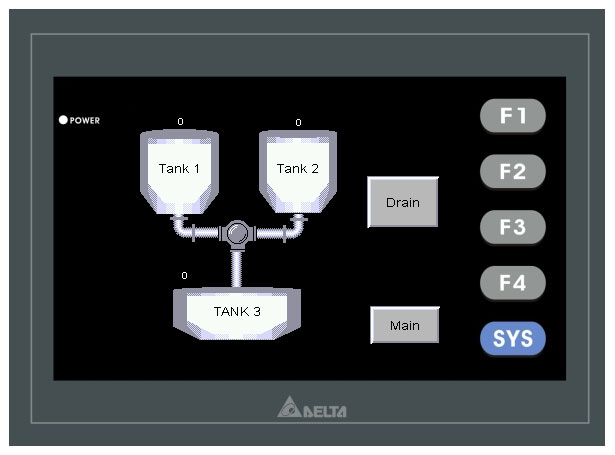 This screen indicates status of inputs coming from the encoder. Since I used a 5000 LC encoder, the screen was not be able to keep up real time when the encoder was rotated really fast, and it was nearly impossible to land on Z (Index) and have it light. 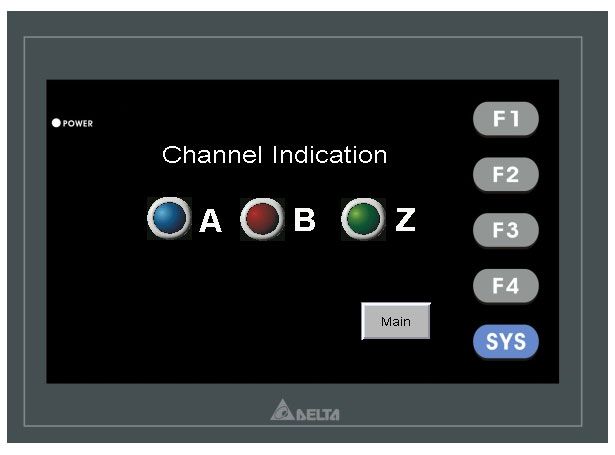 The Delta Tau was pretty easy to program, with only a couple hiccups. The manual was a little vague in its explanation of the way two registers were used for some of the counter functions, but a little troubleshooting showed me which bits were activated when the counter set point was hit.

This first rung of code is needed to do some basic housekeeping to ensure that D1022 is properly configured with a “1” on the first program scan. It is set by  M1002 and forever latched by M110.  The value of 1 tells the high speed input that we want a double frequency selection A/B phase counter.

The second rung sets up our high speed counter and checks the count to see if we have gone negative in value. If so, bit M120 is set high. 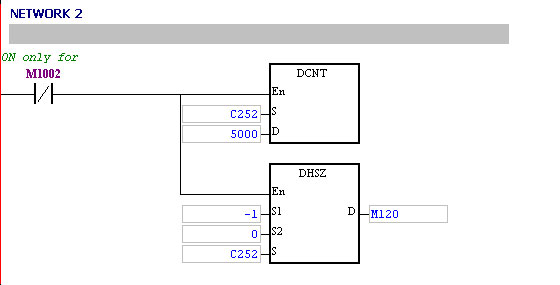 Rung three turns on a physical output Y11 if the counter set point has been hit.

Rung four moves the set point of 5000 back into the counter if we have gone negative in value. This allows the needles on our display screens to rotate continuously and not peg out to a high or low value.

Rung six divides the counter value by 16 and moves the answer into Register D302. This is where we start our math for the degree conversion. The rest is scaled by the configuring the screen register in the screen editor software.

Run seven uses the trailing edge of our 10 mS clock pulse to move the counter value into register D310. This value is held for comparison in time to get RPM. 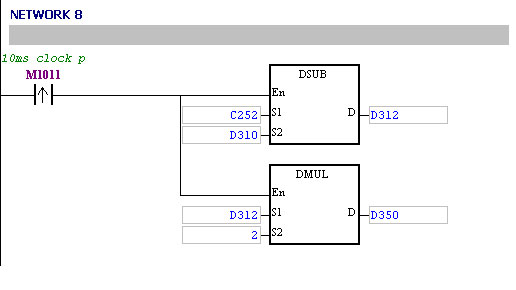 For any of you interested in repeating the project, I have included the BOM below.

Of course, I also used some miscellaneous wire and hardware to construct the Optical Encoder Demo box, but the list below includes all the big ticket items.