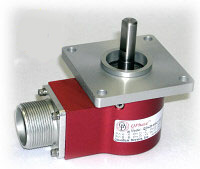 In Optical Encoders, the item most affected by temperature is the output of the Light source. In most cases this is an LED.

Below is a graph of the relative light output of the light source measured as photocell current on an optical encoder over temperature. 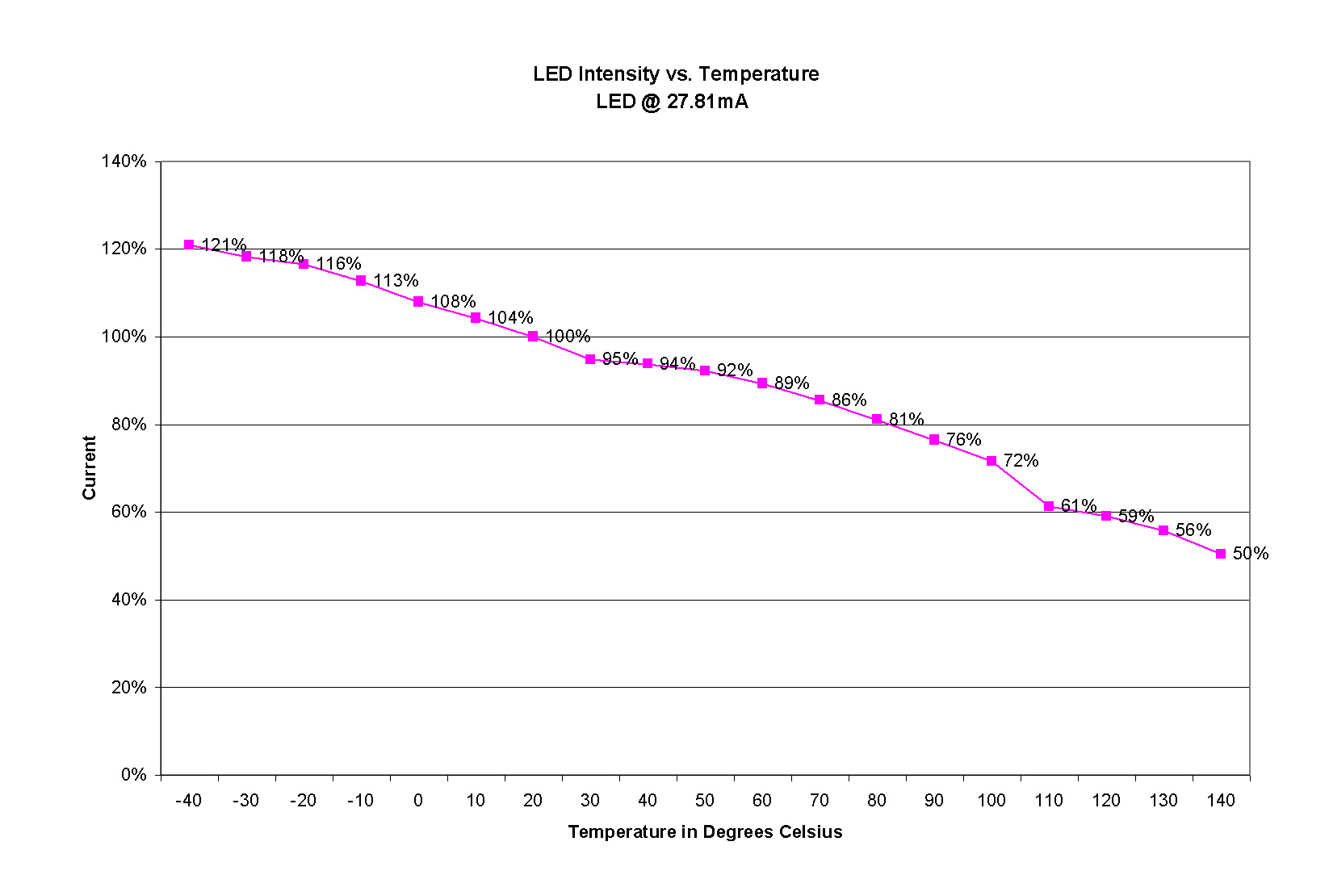 While colder looks better, it should be kept in mind that in a rapidly changing temperature environment or in one of high humidity there is the possibility of condensation on the optical disk. Condensation can occlude the disk, limiting light output.

The ultimate effect of high temperature on the optical encoder light source is that reduced light output means reduced signal amplitude. Many encoders are susceptible to amplitude changes particularly when it comes to symmetry. In order to square the signal to generate quadrature output, there is typically a comparator that determines “high” or “low” outputs by comparing the analog sensor output voltage to a given voltage. A simplified version of this is displayed below:

The Red line is a typical analog sine wave style output from the encoder sensor.

The blue line represents the fixed voltage that determines the  decision or switching points to square off the analog signals into usable digital signals.

The black waveform at the bottom is representative of the digital output resulting from the crossing of the analog signal against the fixed voltage.

As the analog voltage from the sensor changes over temperature, the tripping points of the comparator will change as well. This can result in symmetry (duty cycle) swings, A to B phasing variation or loss of signal altogether.

Below is simple representation of a reduction in overall signal amplitude for this style of sensing. Notice how the symmetry or duty cycle in the black digital waveform has been adversely affected by the change in amplitude.

The amplitude has been reduced by about 40% using our light source graph from above, we see that this  indicates a temperature change equivalent to going from about room temperature to 100 Deg C.

Whether or not the change in symmetry will have an affect on the system this encoder is employed in will depend on the system itself and its ability to withstand phasing and duty cycle errors.

It is however, obvious from this graph that the amplitude doesn’t have to drop much further before it is below the blue voltage level line and the digital output signal is lost altogether.

It is easy to see why some manufactures using this scheme will limit their encoders to only 85 Deg C.

In these examples I have not shown a change in the amplitude of AC component, but only the DC offset. Keep in mind that the peak to peak amplitude of the signal would be affected as well and further the effects of temperature on signal reduction.

The QDI sensing technology uses a set of complementary signals on each channel and compares the crossing points to determine digital signal switch points. Since each signal rides along the same DC offset, amplitude variations have no effect.

Below is a representation of how the complementary signals are used to create decision points. The fixed blue line is replaced by a sensor signal that is 180 electrical Degrees out of phase with the original sensor signal. 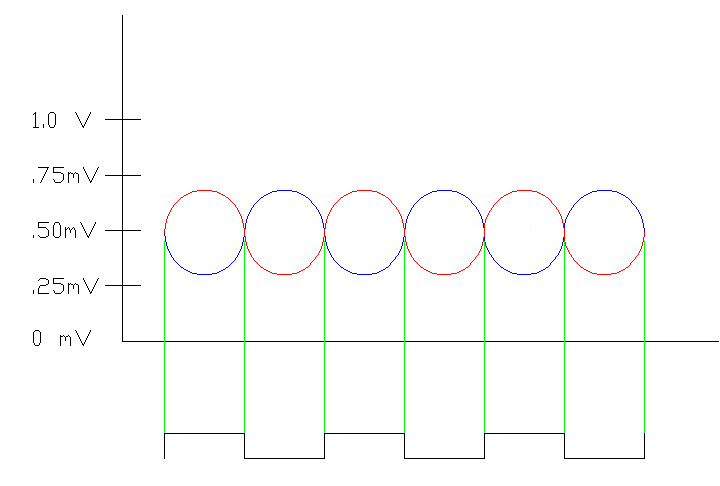 This technology allows for large variations in amplitude due to temperature without affecting the signal integrity.

In the representation below the amplitude is again reduced by 40%, as might happen with an increase in temperature.

This time there is no adverse affect on the digital signal symmetry or phasing.

Once again the AC Peak to Peak amplitude was not changed in this example, but would be in real world application.

The end result would ultimately be the same (no signal change) as the interlaced sensor technology amplitude changes are symmetrical in nature and always at exactly the same DC offset level.

Because there are no changes in the relative crossing points of the sine waves this allows QDI Encoders to maintain excellent symmetry and signal integrity over temperature. Our patented phased array sensor also eliminates the need for encoder potentiometers..